A gunman shot his way into an Istanbul nightclub packed with New Year’s revellers early on Sunday, killing at least 35 people and wounding more than 40 in what the provincial governor described as a terrorist attack.

The assailant shot a police officer and a civilian as he entered the Reina nightclub before opening fire at random inside. The club lies on the shore of the Bosphorus Strait in the Ortakoy district of Turkey’s most populous city.

“A terrorist with a long-range weapon … brutally and savagely carried out this incident by firing bullets on innocent people who were there solely to celebrate the New Year and have fun,” Sahin told reporters at the scene.

Around 500-600 people were thought to have been in the club when the attack happened at around 1:15 a.m. (2230 GMT), broadcaster CNN Turk said. Some jumped into the waters of the Bosphorus to save themselves and were being rescued by police. 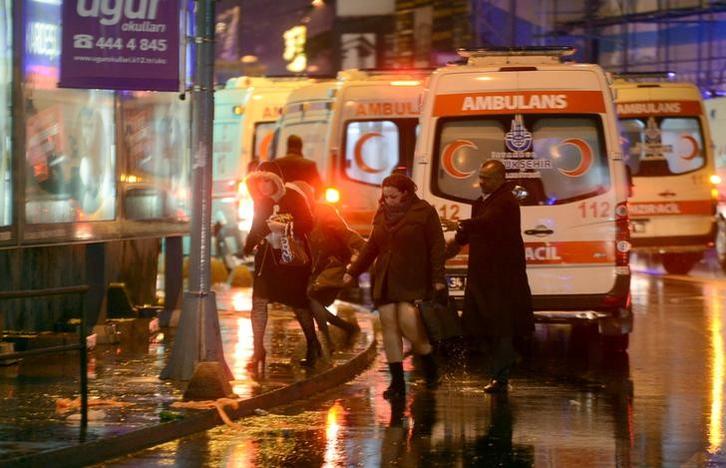 Dozens of ambulances and police vehicles were dispatched to the club in Ortakoy, a cosmopolitan neighbourhood nestled under one of three bridges crossing the Bosphorus, and home to clubs, restaurants and art galleries.

Reina is one of Istanbul’s best-known nightclubs, popular with locals and tourists alike.

Turkey, part of the U.S.-led coalition against Islamic State, faces multiple security threats including spillover from the war in neighbouring Syria. It has seen repeated attacks and bombings blamed on Islamic State as well as Kurdish militants in recent months.